The early faculty were extremely influential not only in the formation of the Classics Department but also the development of the Hamilton Literary and Theological Institution and its transition to Madison University. This exhibition highlights the various contributions made by early professors.

As the pastor of the First Baptist Church at Hamilton, Daniel Hascall entered into the Baptist Education Society in 1817 as one of the thirteen men who would go on to found the institution that is now Colgate University. Beyond this integral role, Hascall served also as the first professor and his private home provided the first classroom. Hascall remained an instructor of classical languages, while further expanding his role. During the early years of the institution, he often traveled to solicit funds to keep the school afloat. As the Institution grew, Hascall spearheaded the construction of the seminary’s growing infrastructure, even loaning his own money for the completion of West Hall in 1827. He resigned from the faculty in 1836, but remained connected to the University until his death in 1852. 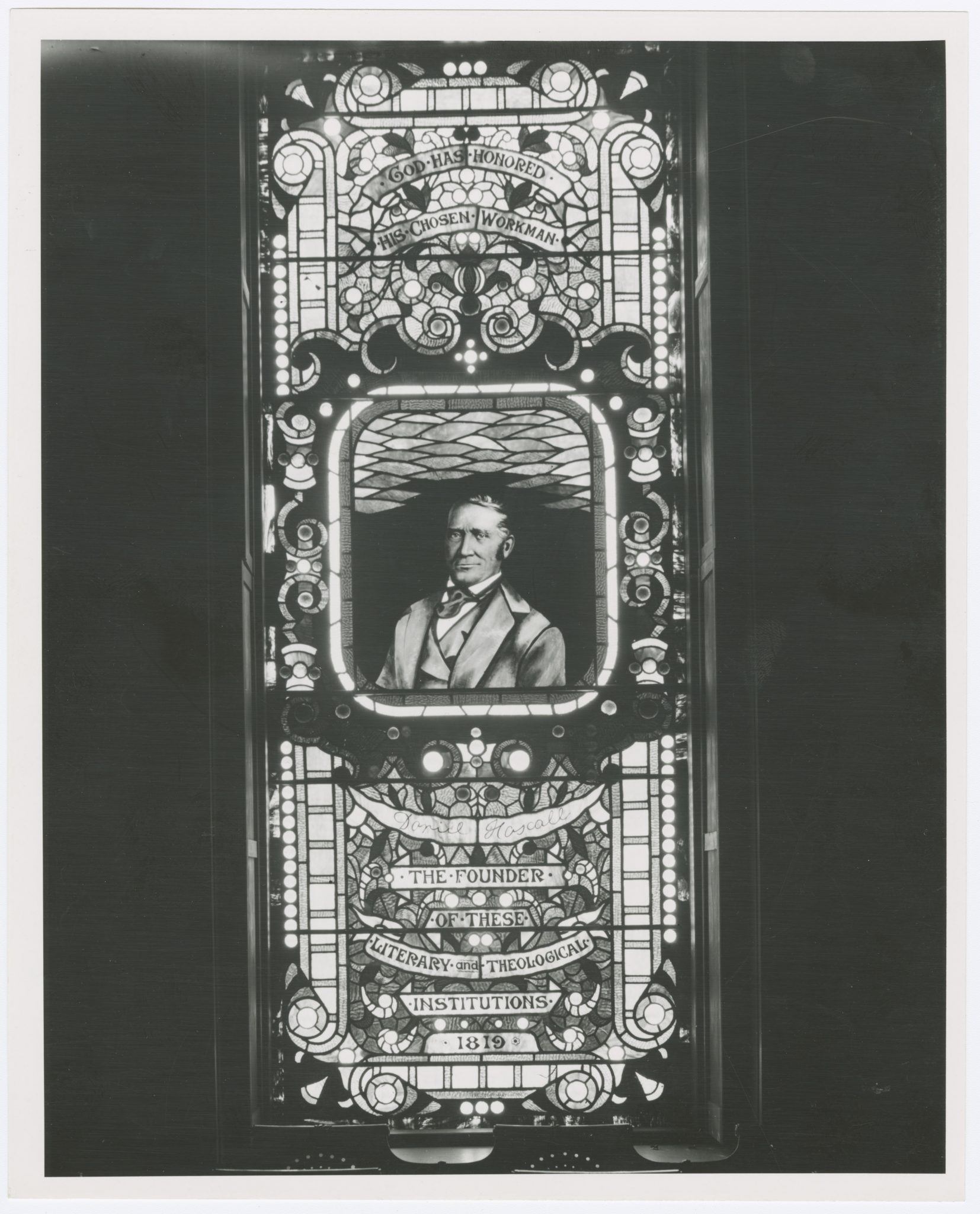 featuring a portrait of Daniel Hascall.

An American Scholar: A Tribute to Asahel Clark Kendrick

Asahel Kendrick graduated from the local preparatory school, the Hamilton Academy, in 1828 and from Hamilton College in Clinton, New York, in 1831. Upon his graduation from Hamilton College, he was appointed Professor of Ancient and Modern Languages at the Hamilton Literary and Theological Institution. In 1834, Kendrick became the first librarian of the Institution while maintaining his position as Professor. Kendrick published a well-received textbook, An Introduction to the Greek Language, in 1841. Professor Kendrick remained at the school until 1850 when, following the Removal Controversy, he abandoned Madison University for Rochester along with six other professors. 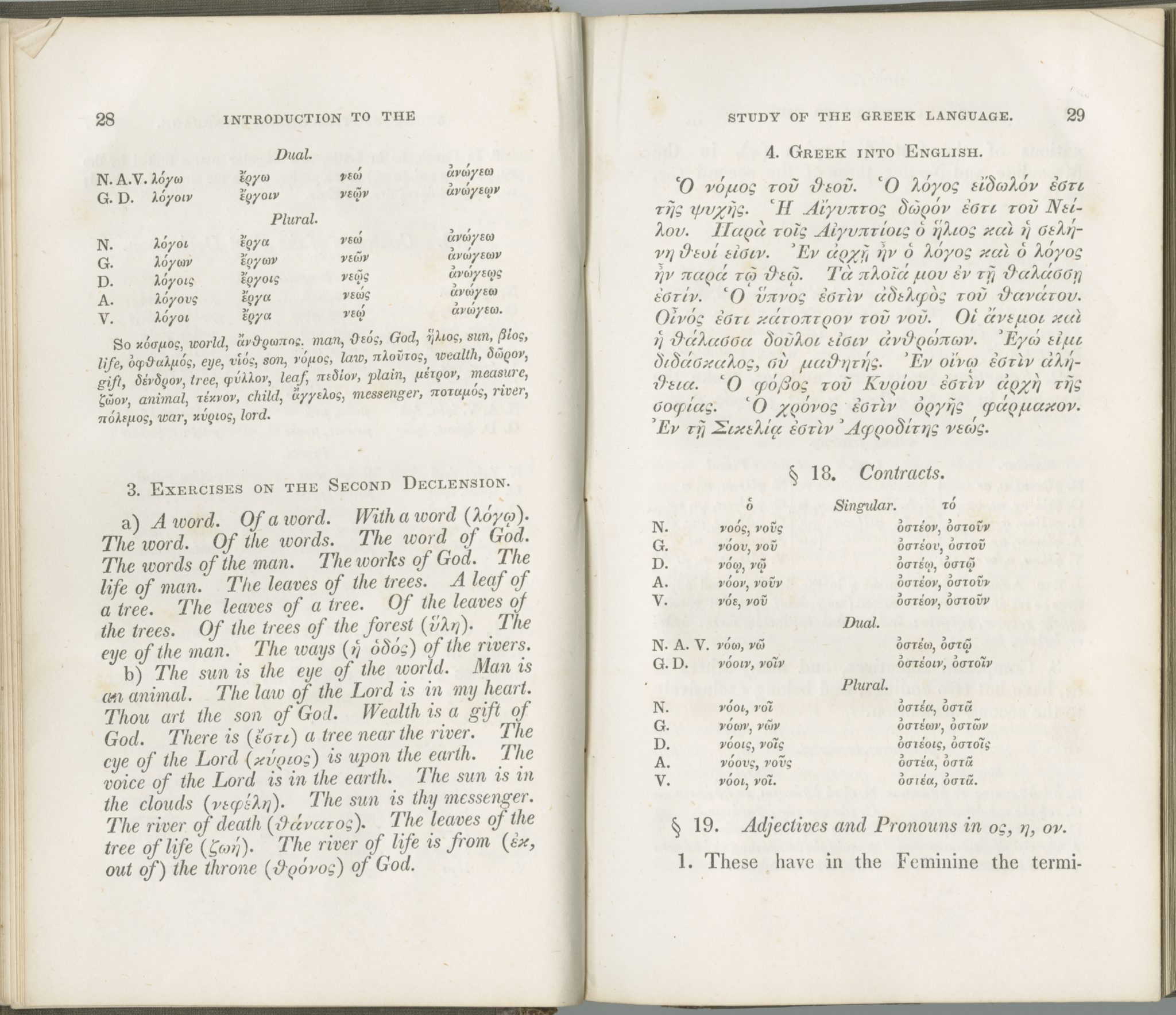 Sample of grammar with exercises on the Second Declension.

Each first-year student at the Hamilton Academy looked forward to mastering Kendrick’s book on ancient Greek grammar. The volume served as the textbook for the Introductory Greek course that students took during their first two terms before they advanced to larger standardized Grammars. The exercises focus on vocabulary and such expressions as “The law of the Lord is in my heart. Thou art the son of God.” These anticipate one of the main reasons for students to learn Greek: that is, to be able to read the New Testament in the Greek language in which it was originally written. The textbook was widely used, not only by students at the Hamilton Academy, but also by those at Madison University and other schools.

At the request of his friend Nathaniel Kendrick, Philetus Bennet Spear became a student at the Hamilton Literary and Theological Institution in 1831. He was among the first non-ministerial students admitted to the school. He became an assistant teacher in 1835, and graduated in 1836. His service to the school included roles as a tutor, professor, treasurer, librarian, secretary, member of various committees, and principal of the preparatory school connected with the college. Spear stayed with the university for fifty years as both a student and educator. He personally knew every faculty member and was beloved by his students. He died in 1901. Today Spear House, his former residence, stands as a monument to his memory. 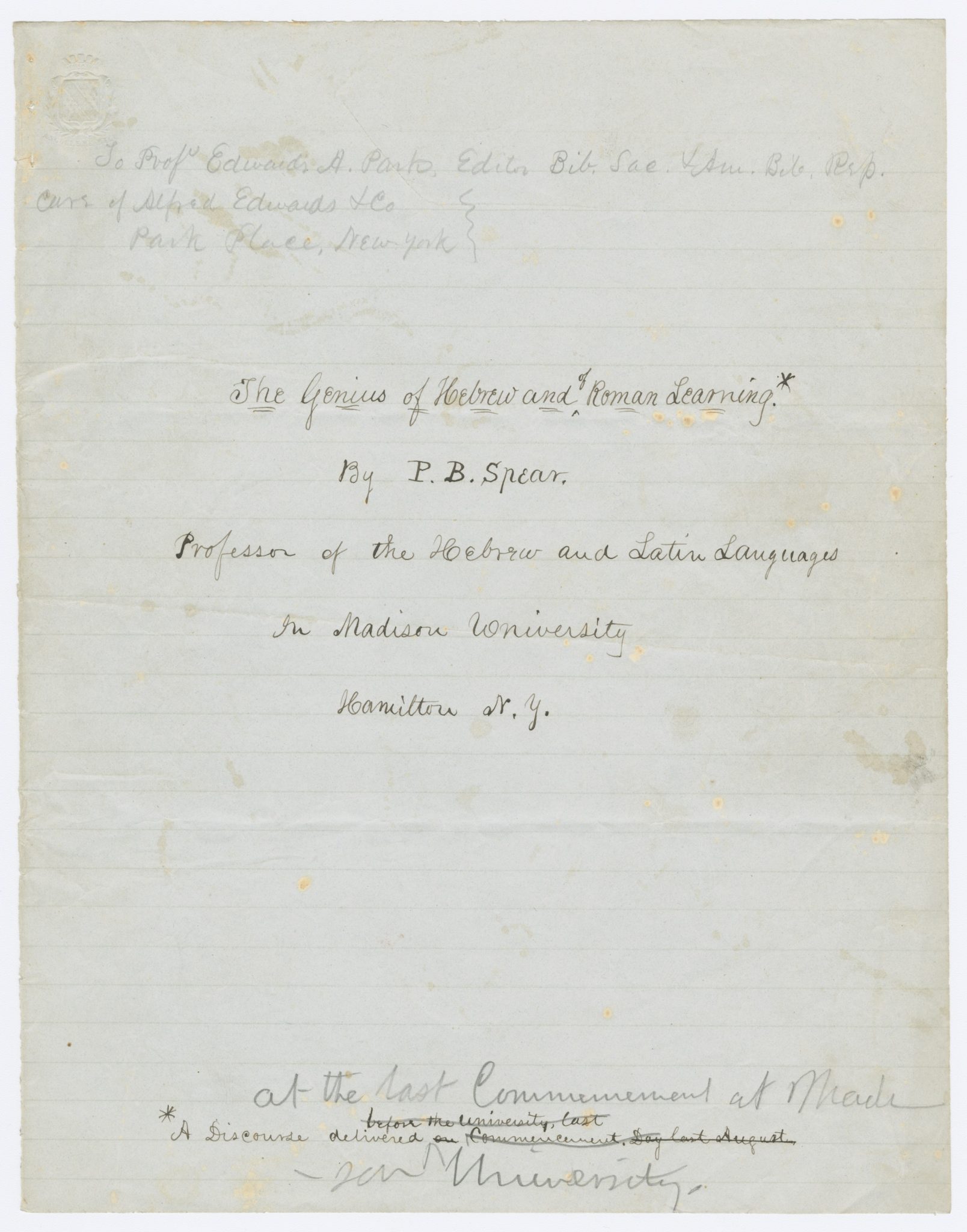 "The Genius of Hebrew and of Roman Learning":

a discourse delivered at Commencement at Madison University

As a professor, Spear taught Hebrew and Latin. At the time, Greek and Latin were studied in order to be able to read the Bible in those languages, and the inclusion of Hebrew along side of the Classical languages is indicative of the religious nature of the course of study. Spear strongly believed in the benefits and necessity of studying the ancient languages, which he outlined in a lecture titled, “The Genius of Hebrew and of Roman Learning.”

The Septuagint of Professor Spear

The Septuagint is the name given to the Hebrew Scriptures translated into Greek by seventy Jewish scholars who are purported to have been given the task of translating the Scriptures during the reign of Ptolemy II Philadelphus in the third century BCE. The pages shown here are the final verses of Genesis and the beginning of Exodus. This volume was owned by P. B. Spear. 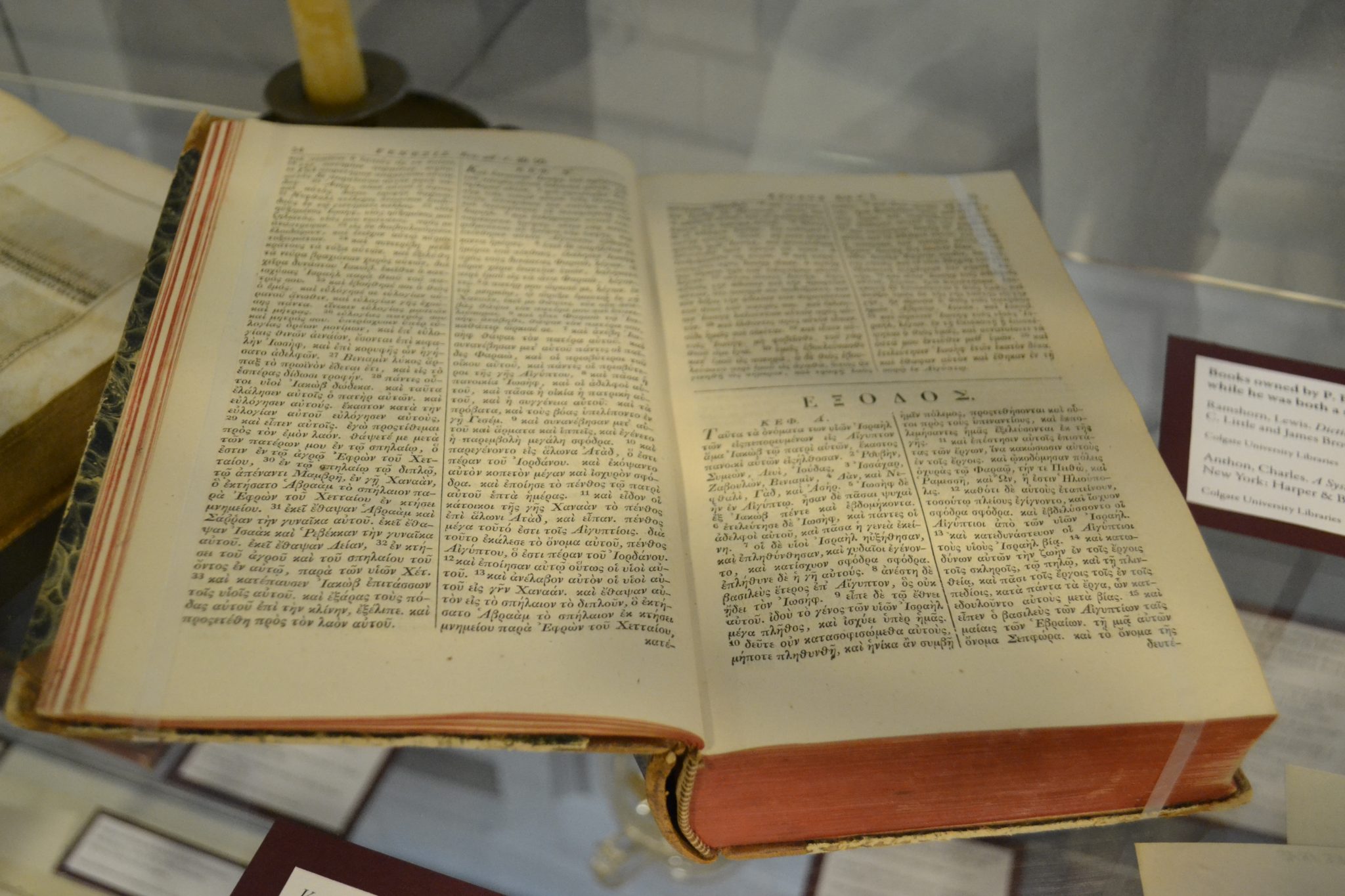 Newton Lloyd Andrews came to Hamilton as a student at the Theological Seminary and graduated from Madison University in 1862. In 1868, Professor Andrews took over the Greek curriculum, becoming the head of Greek language and literature, a position he held for fifty years. Additionally, Andrews became a key member of the Colgate administration. Andrews served as the Librarian of the university from 1868 to 1880. In 1880, President Ebenezer Dodge appointed Andrews as the first Dean of the Faculty. When Dodge died in 1890, Newton Lloyd Andrews, as Dean of the Faculty, took over the day-to-day responsibilities of president until 1895. Newton Lloyd Andrews continued as Chair of Greek until he passed away in 1918. His contributions to the Colgate community were cemented in the dedication of Andrews Hall in his honor in 1922. 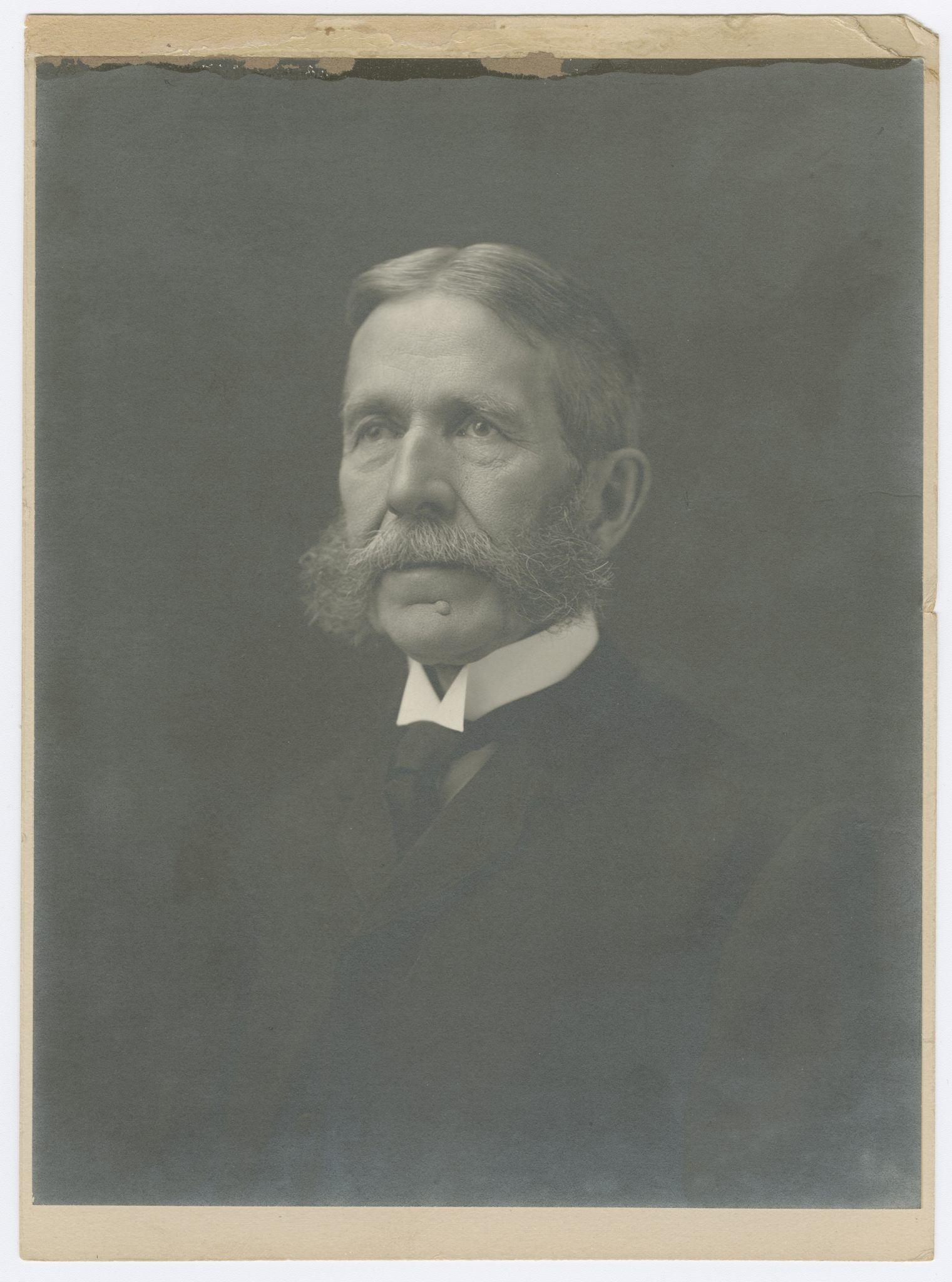 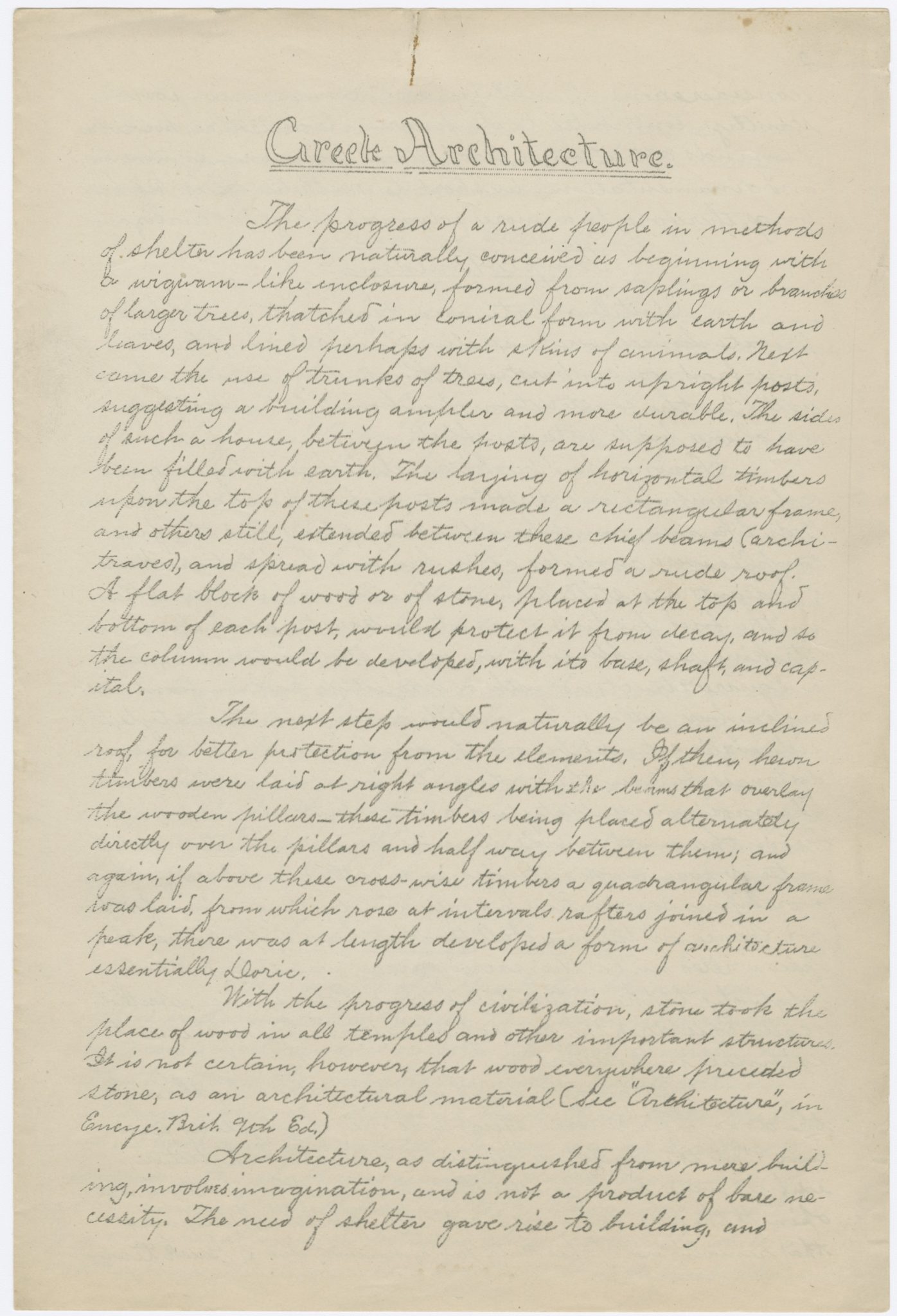 Despite his role in the administrative offices of the university, Andrews’ true passion was teaching. He spent the academic year of 1879-1880 abroad, studying philology and classical archaeology in order to enrich further the classroom experience. He returned to Europe three more times to continue learning about the classical world at first hand. Curricular revisions in the late nineteenth century reduced the number of Greek and Latin language classes. As a result, Professor Andrews introduced some of the first courses focused on Greek art, architecture, and archaeology. Today, this contribution is remembered by the Newton Lloyd Andrews Prize given to students who excel in the study of classical art and archaeology. 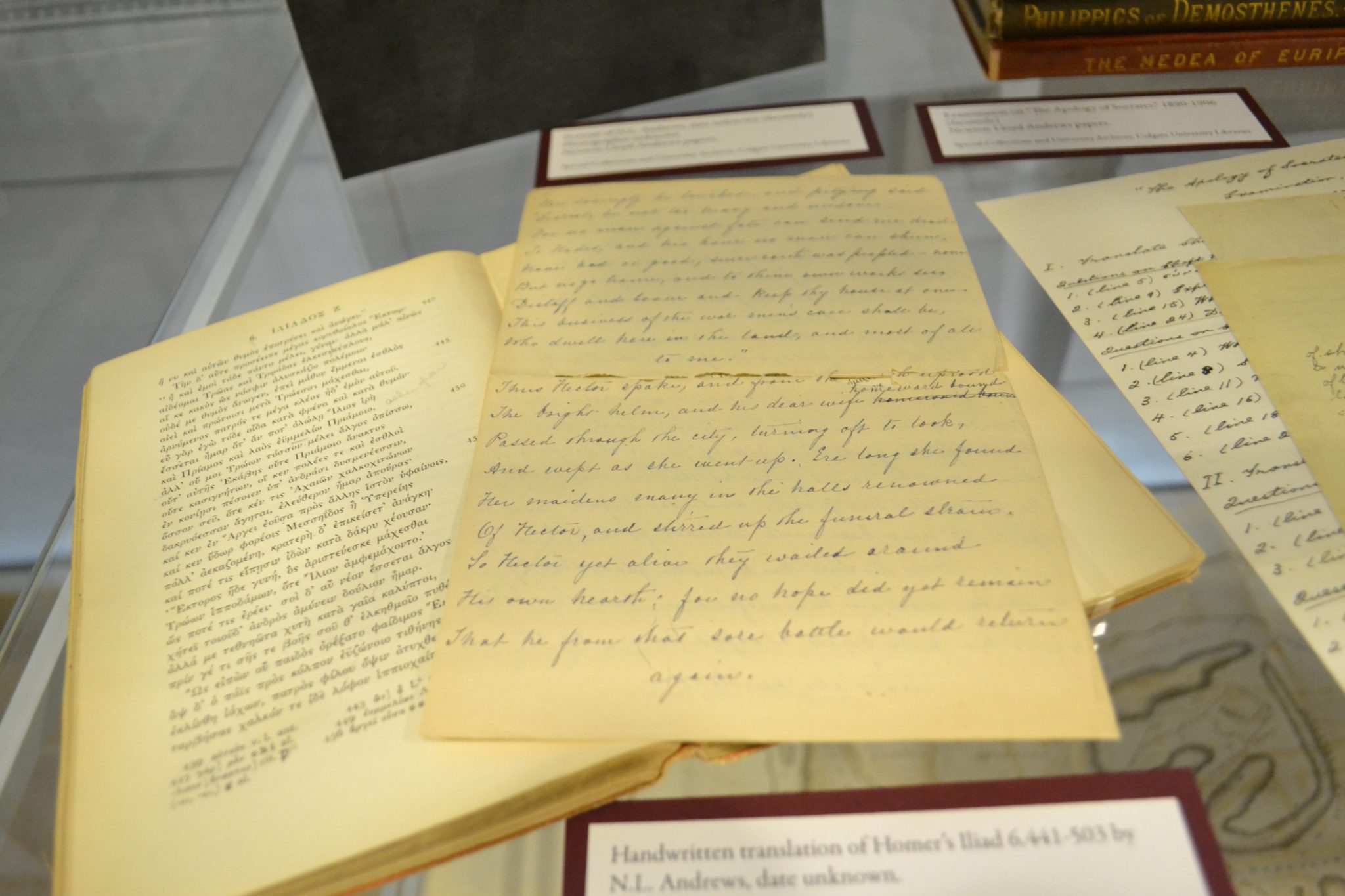 The Department of The Classics Library, Colgate University.

Tucked in an old book hidden in the Classics Center, a handwritten translation by Professor Newton Lloyd Andrews was discovered. The translation is a selection from the sixth book of Homer's Iliad in which Hector returns to the palace of Priam and finds his wife. When Hector sees his son Astyanax, the boy cries, terrified of his father's helmet. It is only when Hector removes his helmet that his son recognizes him.