After the World Wars, the University added new disciplines, and the Classics Department faced new challenges.  The professors during this time helped hold together a struggling department.  Further additions brought new vigor, allowing the department to be as strong as it is today.

A Trio of Professors

For some time, James C. Austin was the only full time faculty member of the department. The later additions of Robert L. Murray and John E. Rexine brought new vigor to the department. All three men worked as tireless advocates for the study of the Classics, encouraging the study of mythology and classical art and architecture in addition to philology.

John E. Rexine was an avid writer, publishing such works as An Outline of Tacitus, Religion in Plato and Cicero, An Explorer of Realms of Art, Life, and Thought, and others concerning Roman history, ancient and modern Greek literature, philosophy, and more. He also reviewed countless articles and works for classical journals and was well known in the world of academia. 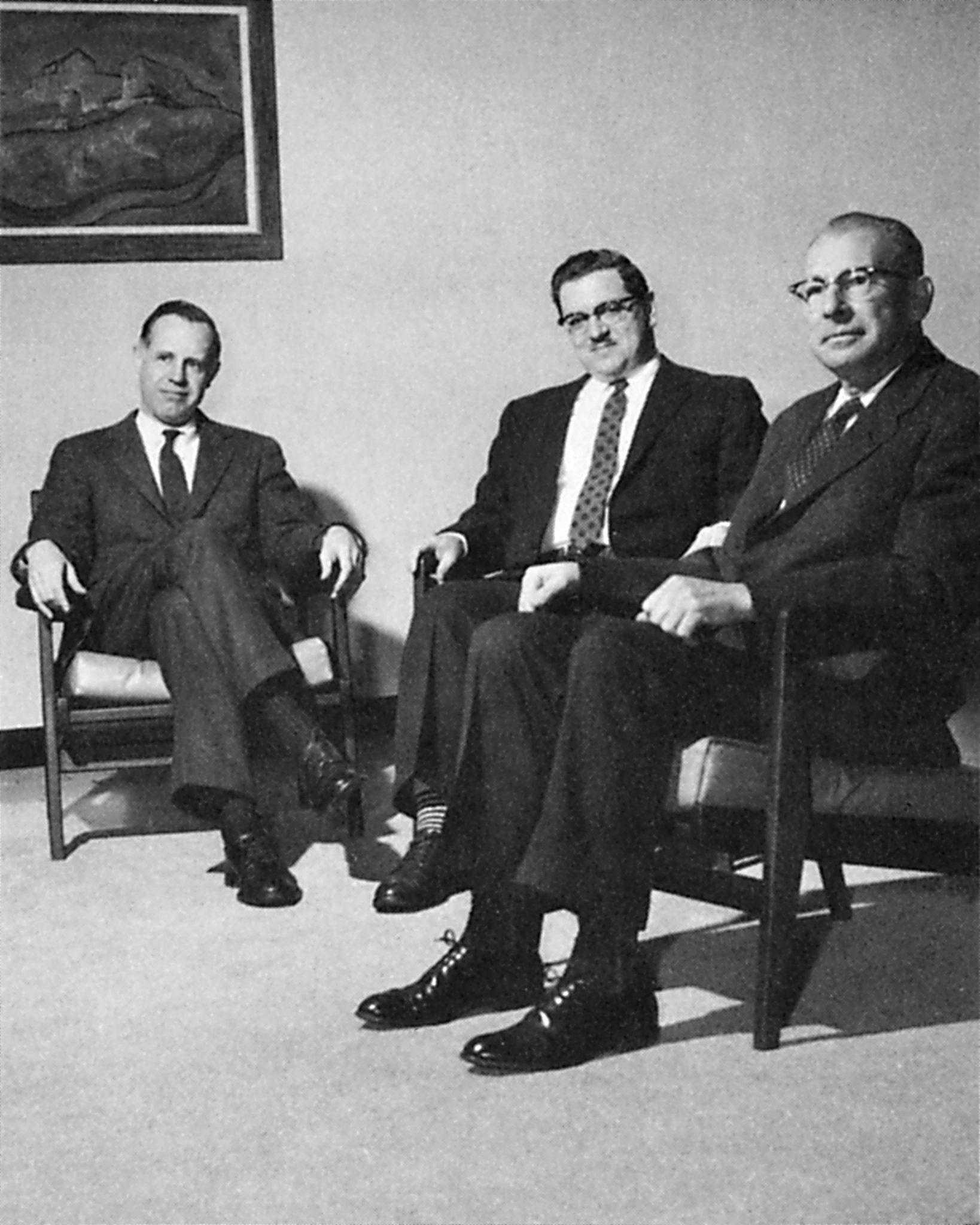 with ship on interior cover and pencil sketch of male head in profile. 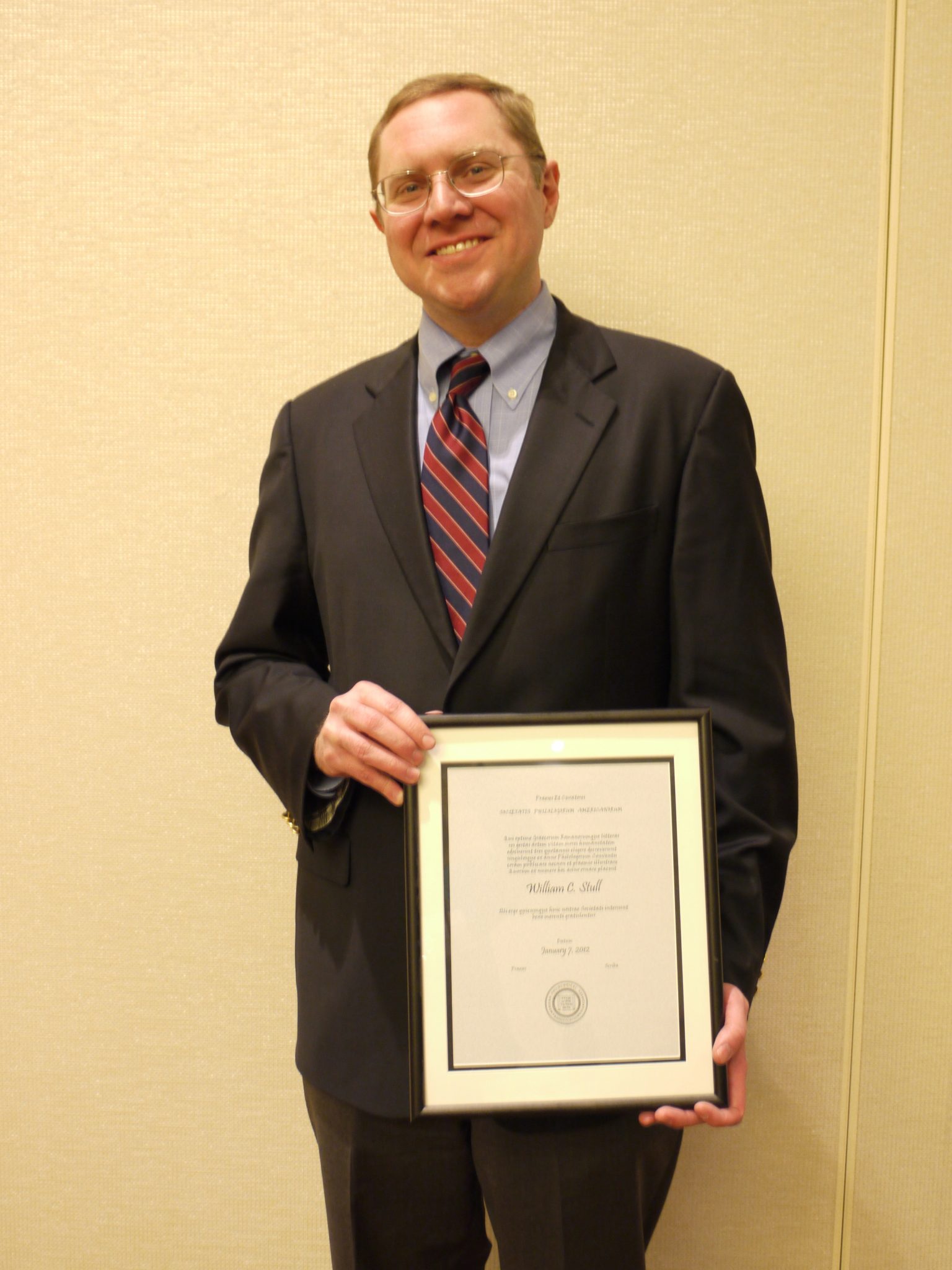 Teaching Award from the

The Department of the Classics has continued to expand since the 1980s. Today, it is composed of five full-time members of the faculty, all of whom specialize in diverse fields within the Classics, such as Greek and Latin literature, archaeology, and history. The Department of the Classics prides itself in having some of the most engaged, fun-loving, and popular professors on Colgate’s campus. The excellence of the faculty has even been recognized on a national level. Professor William Stull was awarded the American Philological Association Award for Excellence in Teaching of Classics at the College Level in 2011. Professor Naomi Rood continues to have one of the highest “Rate My Professor” scores among all Colgate faculty. The members of the faculty foster close relationships with the students, which makes it one of the most special departments on campus.

In addition to their dedication to excellent teaching in the classroom, the members of the faculty remain dedicated to their areas of specialty, and many are leading scholars in their field. The professors in the department share their knowledge through the publication of books and articles for a scholarly audience as well as more popular essays and textbooks intended for college students. Rebecca Ammerman and Robert Garland in particular have published many works, the prior on archaeological research, and the latter on historical topics in the Classics. 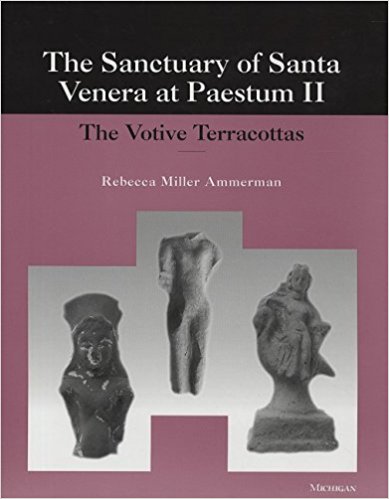 The Sanctuary of Santa Venera at Paestum II:

Ann Arbor: The University of 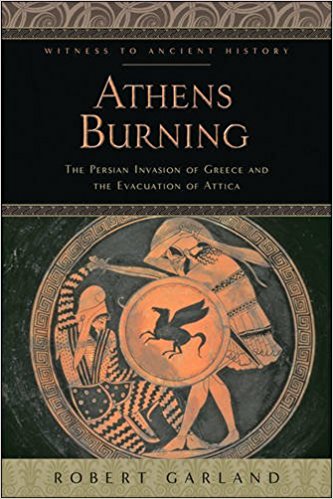 the Persian invasion of Greece

and the evacuation of Attica. 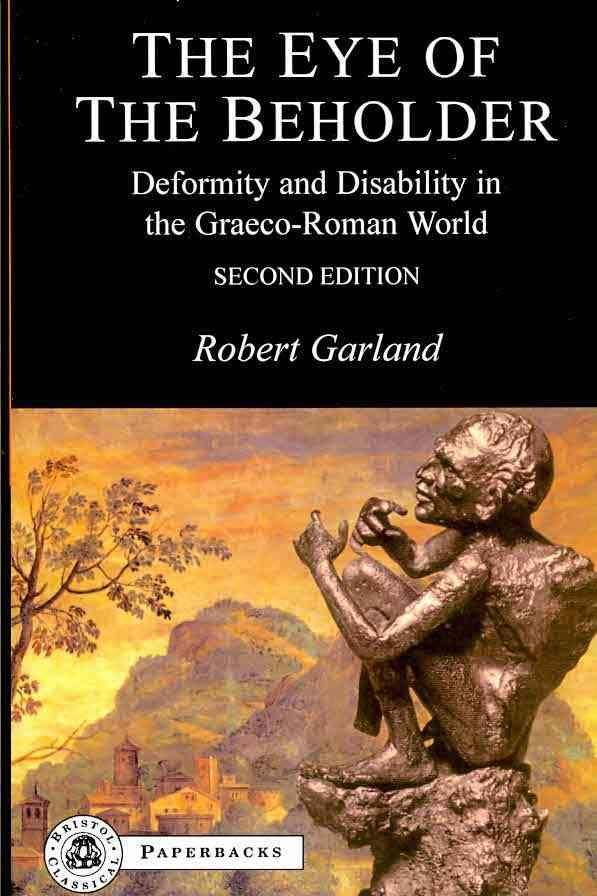 The eye of the beholder: deformity and

disability in the Graeco-Roman world. 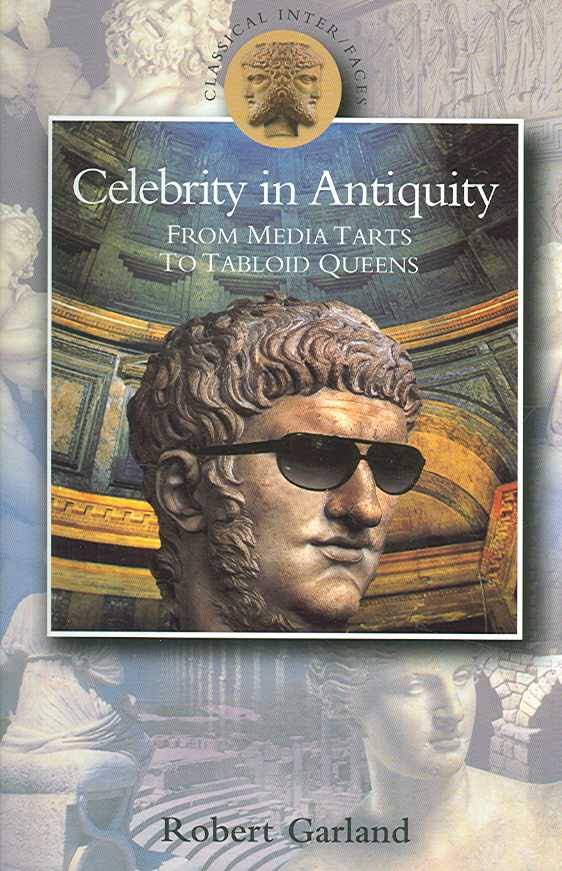 Celebrity in antiquity: from media tarts

Along with publishing books, Professor Robert Garland has always had a passion for the theater. He has worked with the Ho Tung Visualization Lab in the Ho Science Center to produce short movies surrounding the deaths of two famous men: Julius Caesar and Socrates. The shows go through the events concerning each man's death and provide the historical background for each situation. Not only did Professor Garland write and direct these shows, but he also narrated Murder on the Ides and was featured in both of them as an actor. Professor William Stull also joined the fun and played the part of the dying Caesar. These shows demonstrate the department's use of technology as a modern way to engage both the Colgate student body and the community at large with the Classics. 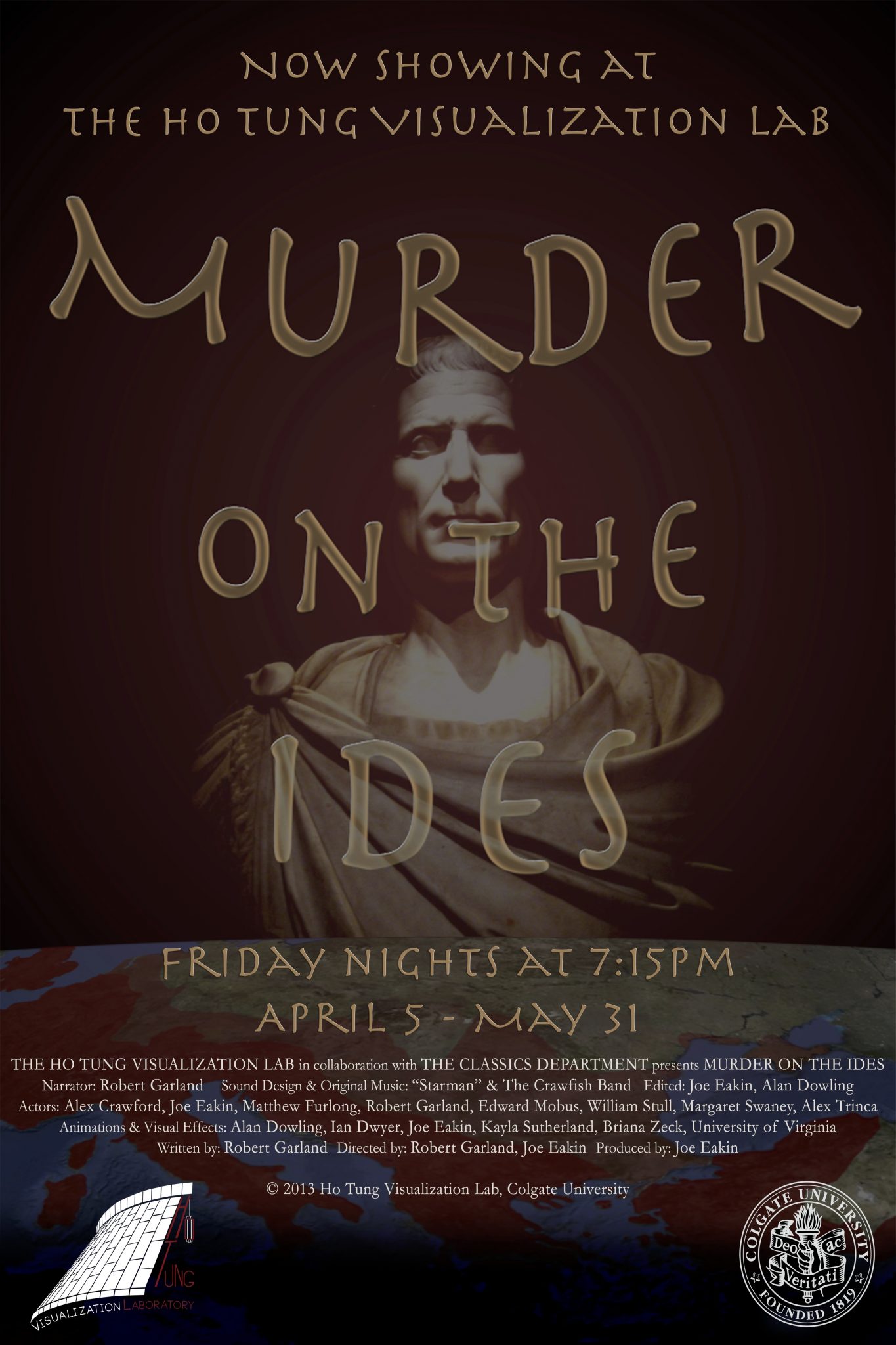 Murder on the Ides. 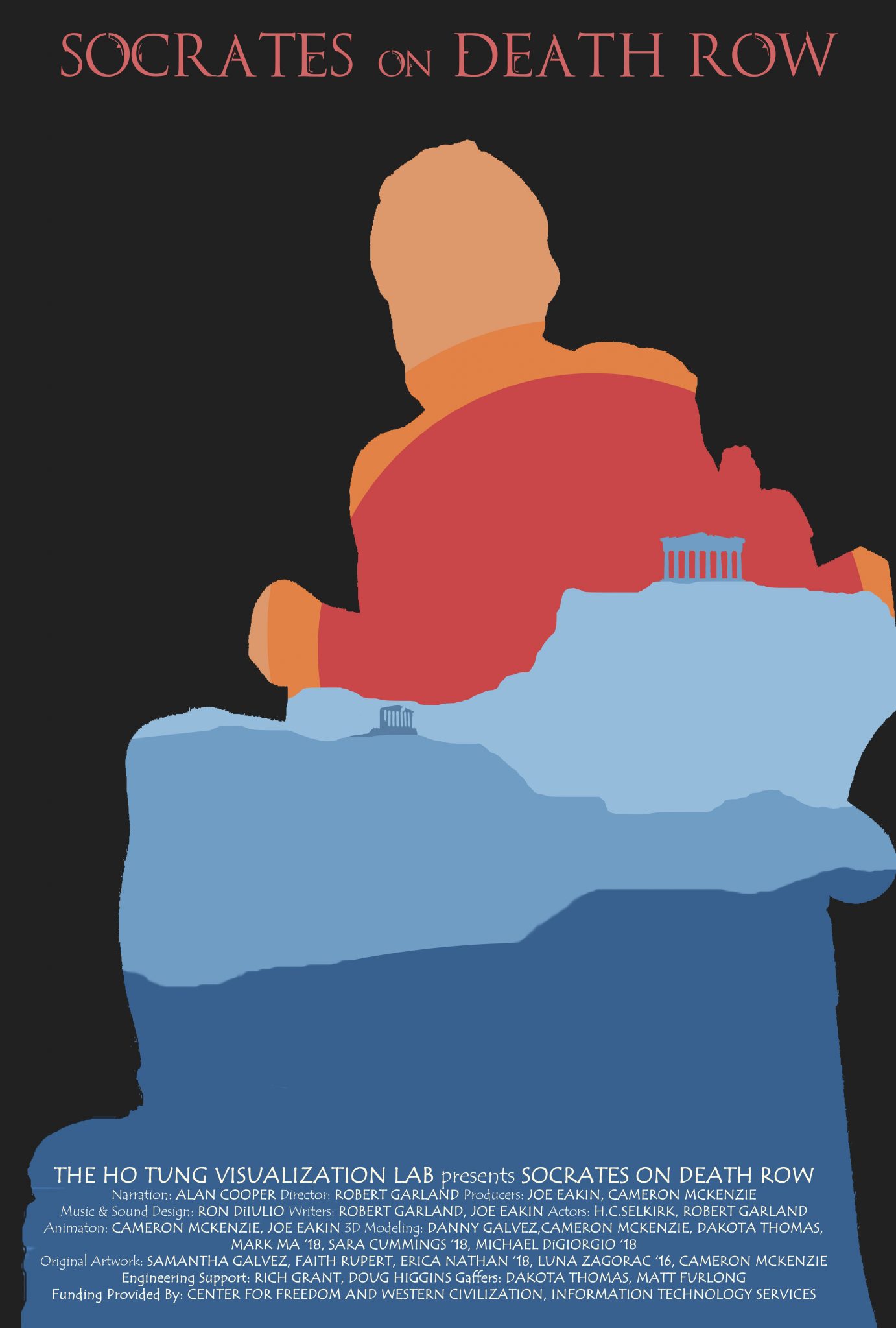 at a Classics picnic at Merrill House.

Photo of Rebecca Ammerman with students.

preparing to race in the Olympic Stadium