A bronze tablet honoring eight alumni and seven students of the university who lost their lives during the U.S. Civil War was ceremoniously unveiled in James B. Colgate Library in 1897. The tablet, made by Tiffany & Co., is a gift of the Class of 1894.

The Latin inscription beneath the names of the deceased explains the purpose of the tablet:

To honor with grateful memory the courage of those men who poured out their life for their county.

A laurel wreath, Apollo’s crown and a symbol of victory and poetic excellence, is displayed at the top of the tablet. The laurel wreath is also associated with the academic honor of graduation from university. The wreath encircles a disc, perhaps representing a black button of mourning, on which is noted the graduation year of ’61. Both Arthur Brooks, son of Reverend Walter R. Brooks, the pastor of the First Baptist Church in Hamilton, and William McIntyre graduated from Madison University in 1861. 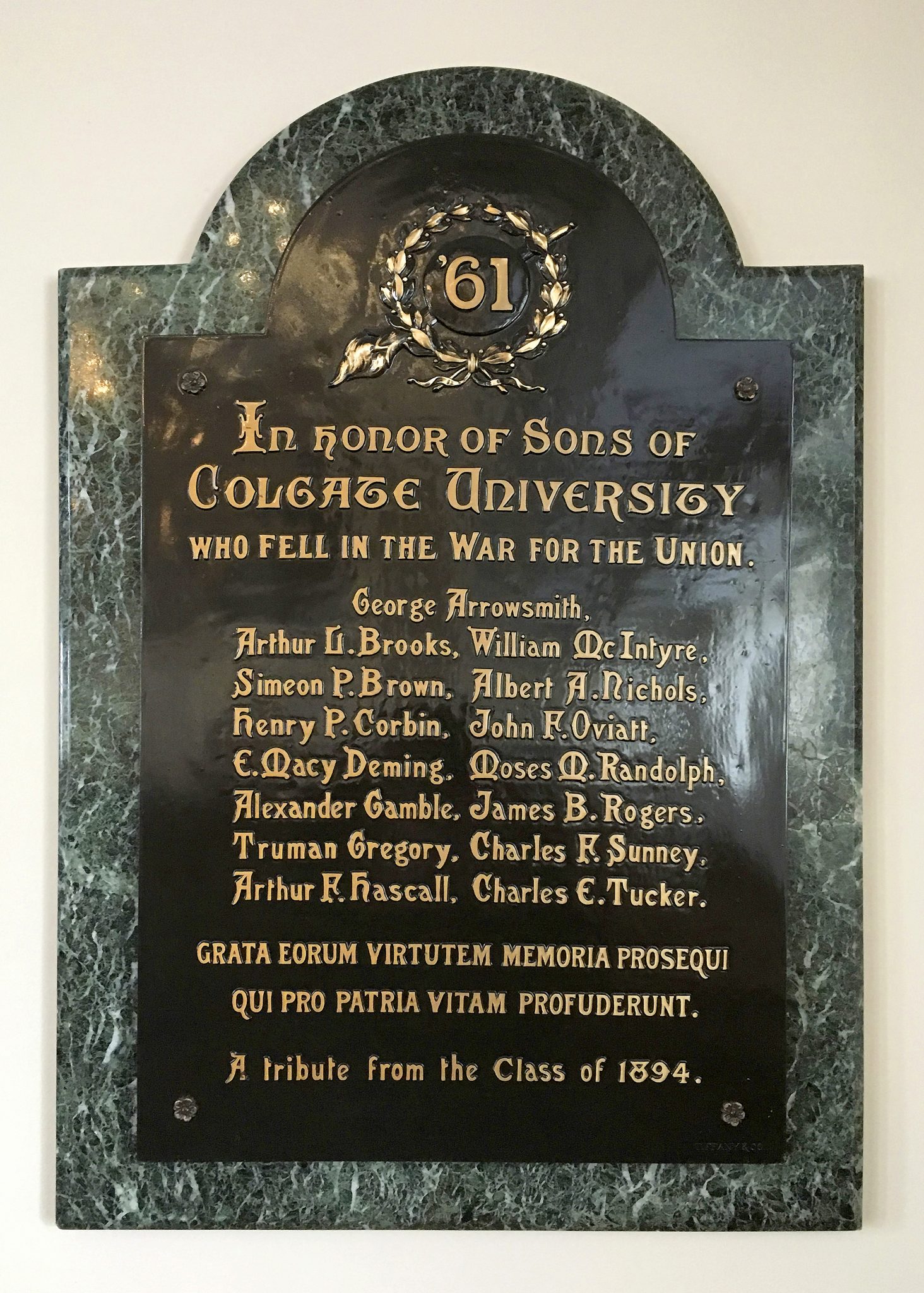 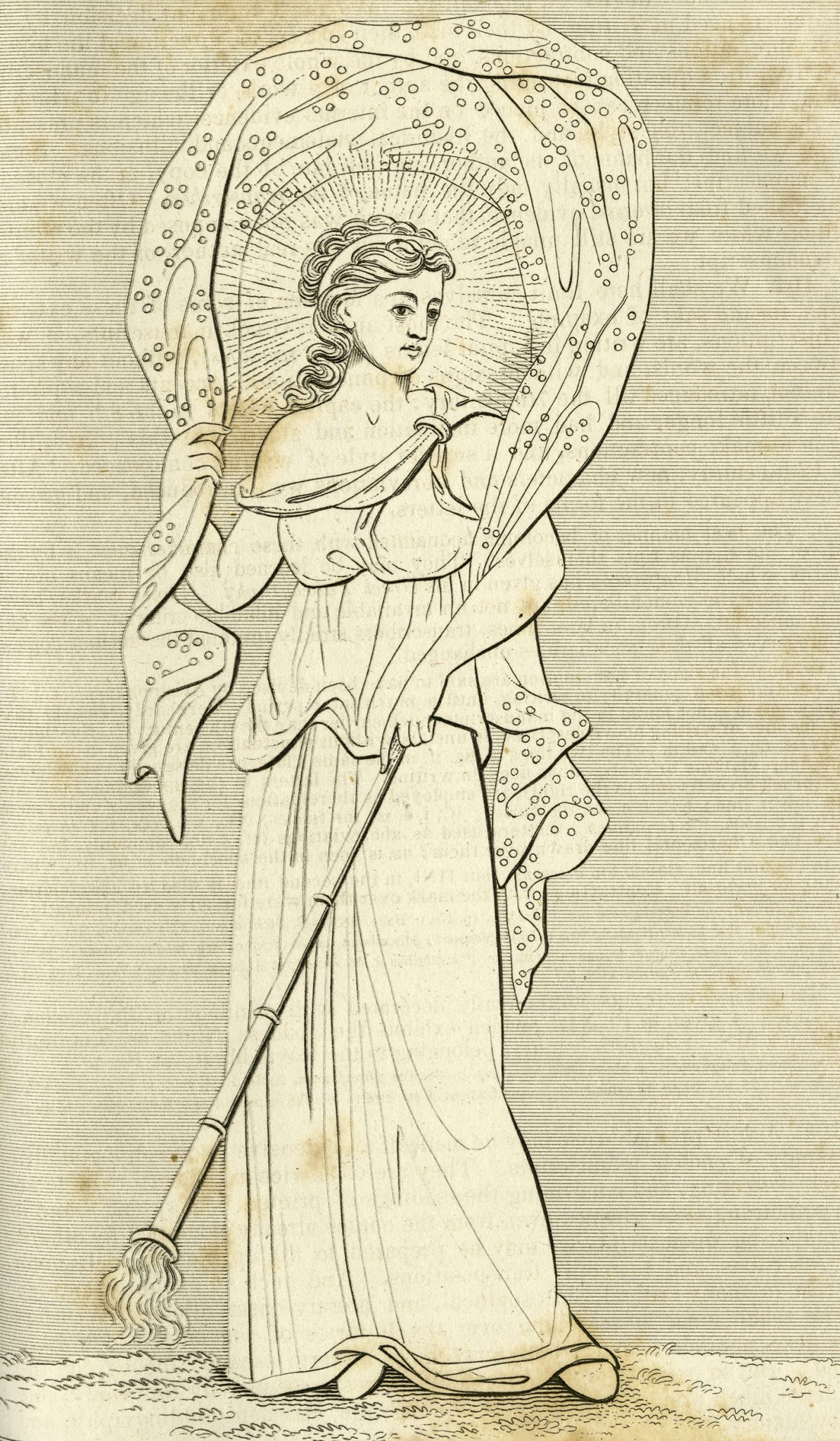 A lowered torch runs behind the circular motif. The torch recalls that of the Colgate Seal, but is reversed. In the Classical world, the goddess Nox, or night, as an allegory for sleep and death, may carry an inverted torch. 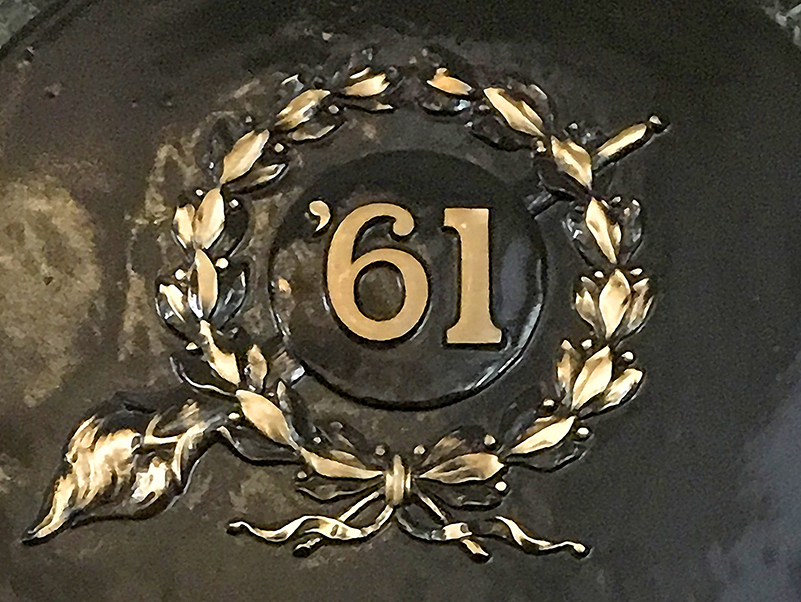 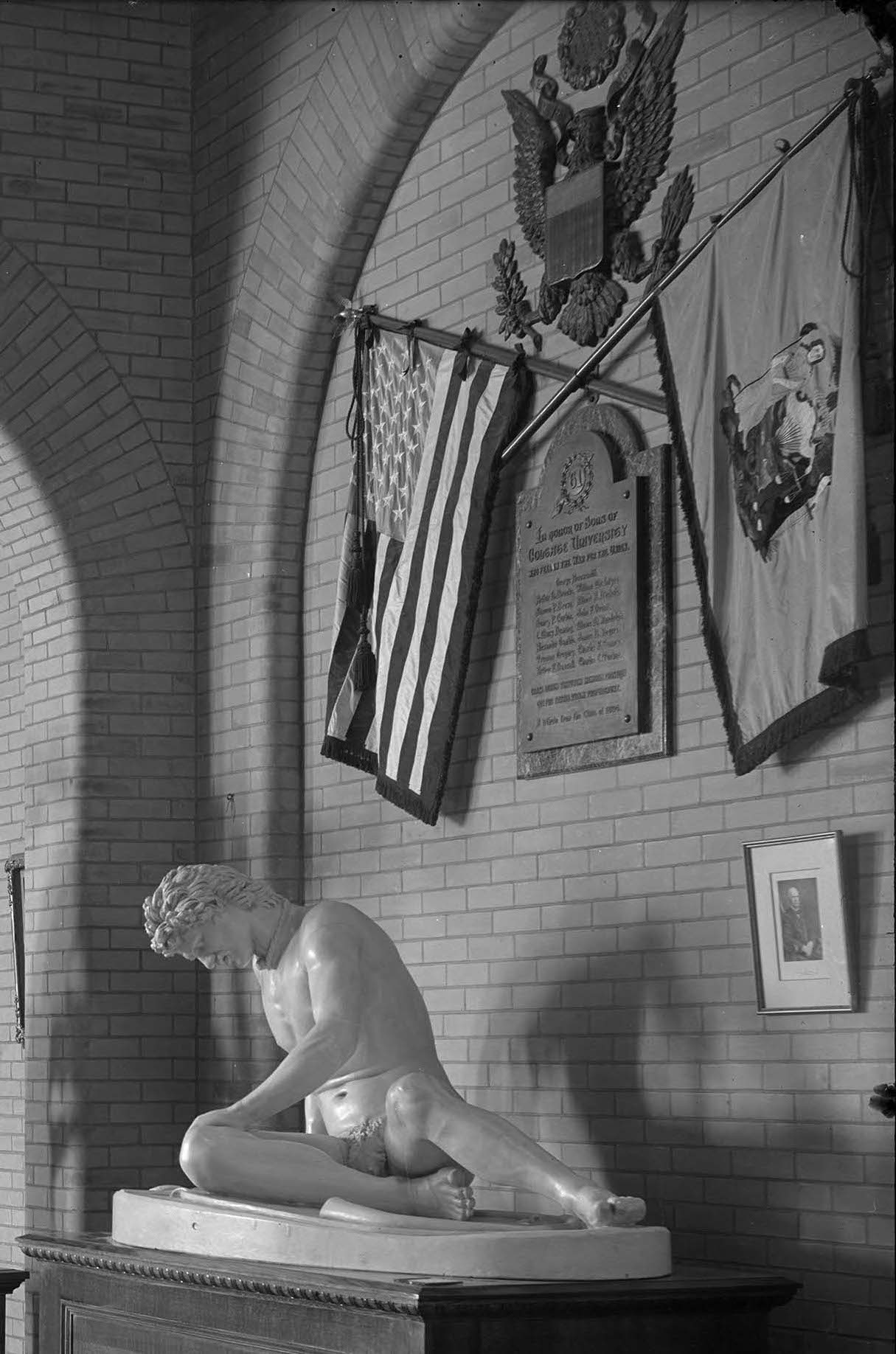 A relief of a bald eagle with the shield of the United States and flags of the nation and the State of New York were hung above the tablet. A plaster cast replica of the marble statue of the Dying Gaul in the Capitoline Museums in Rome was placed beneath. The statue, a Roman copy of a Hellenistic original of the third century BCE, portrays a fallen warrior who is identified as a Gaul by his stubby hair, mustache, and torque that he wears around his neck. The sculpture of the Dying Gaul is associated with a monument built by Attalos I of Pergamon to celebrate his victory over the Gauls in 241 BCE. The vanquished, yet noble, warrior collapses over his sword and trumpet. The placement of the plaster cast beneath the tablet that commemorates the fallen men of the university captures the pathos of heroic death and the honor of giving one’s life for one’s country. 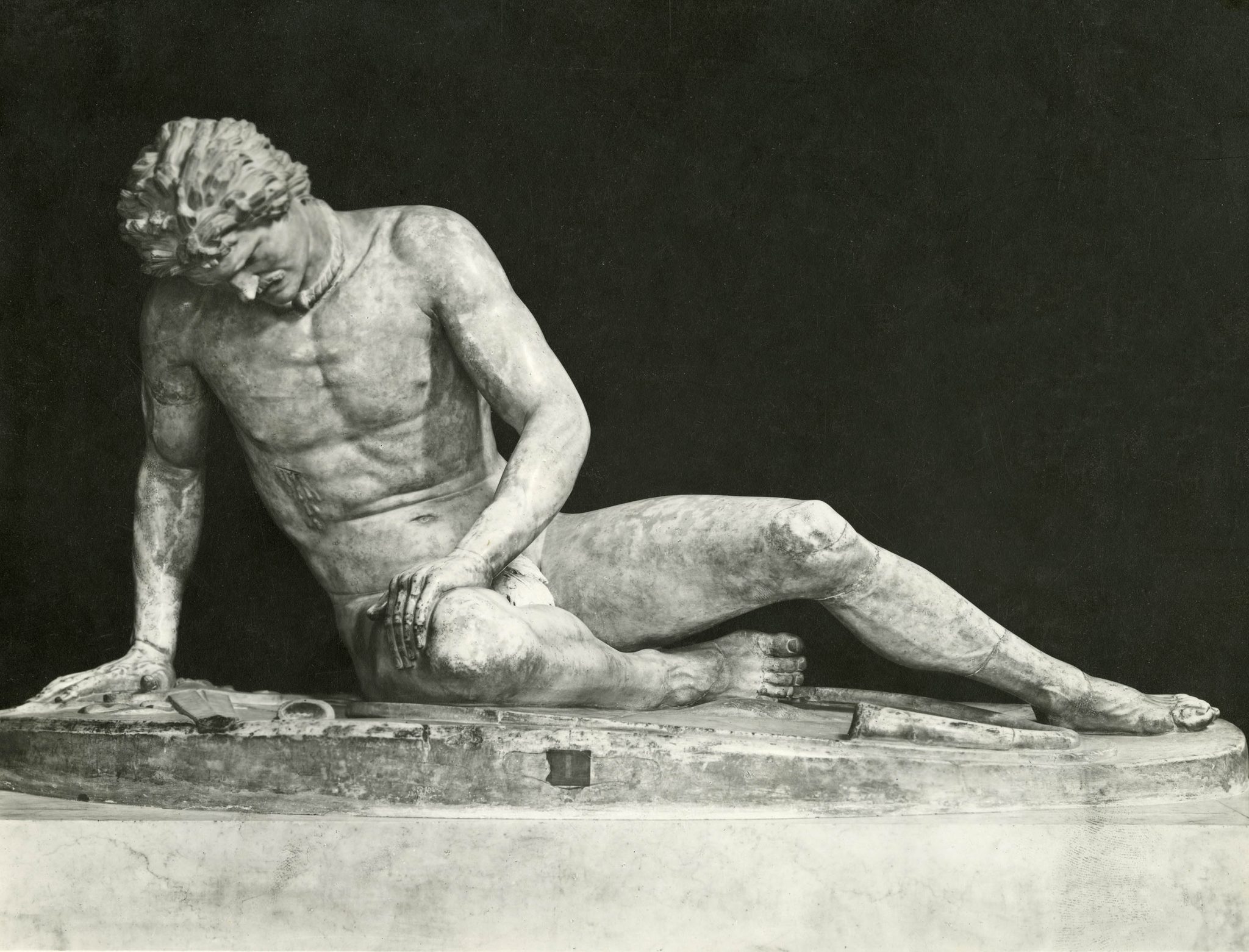