Flying Mercury: God of the Scabby Back

Who is Mercury?
The Oxford Classical Dictionary defines Mercury as: "the patron god of circulation, the movement of goods, people, and words and their roles."
Mercury is a messenger god, constantly in motion. He is the mediator between gods and mortals, and the dead and the living. He is also the god of thievery, and all things requiring skill and dexterity. 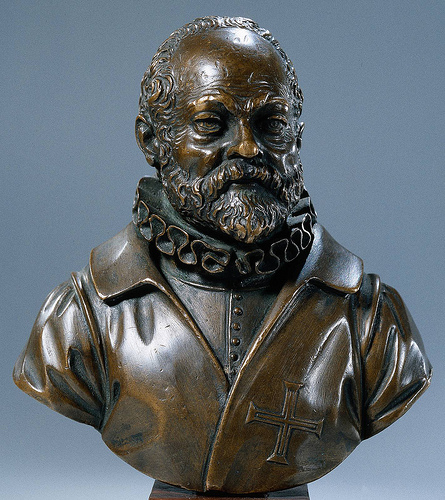 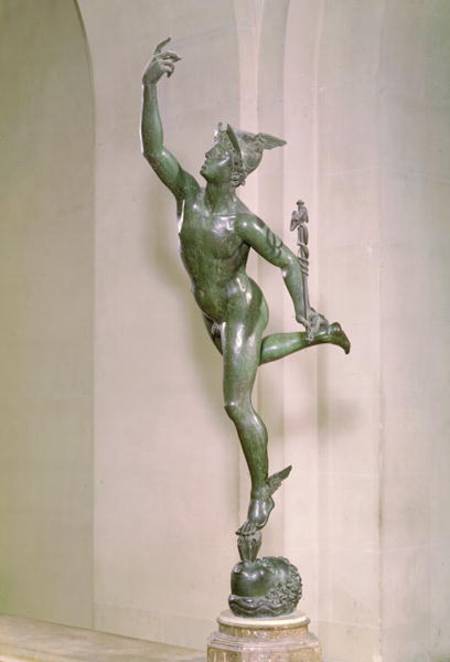 Origins of the Flying Mercury

The original Flying Mercury statue was a bronze created in the sixteenth century. A Flemish sculptor named Jean Boulogne, but known as Giovanni da Bologna, or Giambologna because he worked in Italy, created the sculpture. It was built to be part of a fountain in the Villa Medici in Rome with the god flying on top of the plume of water.

The bronze statue of Mercury was given by Arthur Frothingham in 1879 with the stipulation that the school had to provide the pedestal for it. After two years, the bronze began to peel off of the statue, revealing the lead underneath and the copier's ruse. Because of the irregular peeling, Mercury earned his nickname, "The God of the Scabby Back." Due to the deteriorating nature of the statue, a tradition started in which Mercury was painted, decorated, and dressed up for different occasions and holidays. In 1883, he even made an appearance at the burning of Livy celebration as the messenger who carried the shade of Livy to Hades. The statue at the ceremony bore a placard stating "Captured from the Sophs."
And then the god vanished for sixteen years. 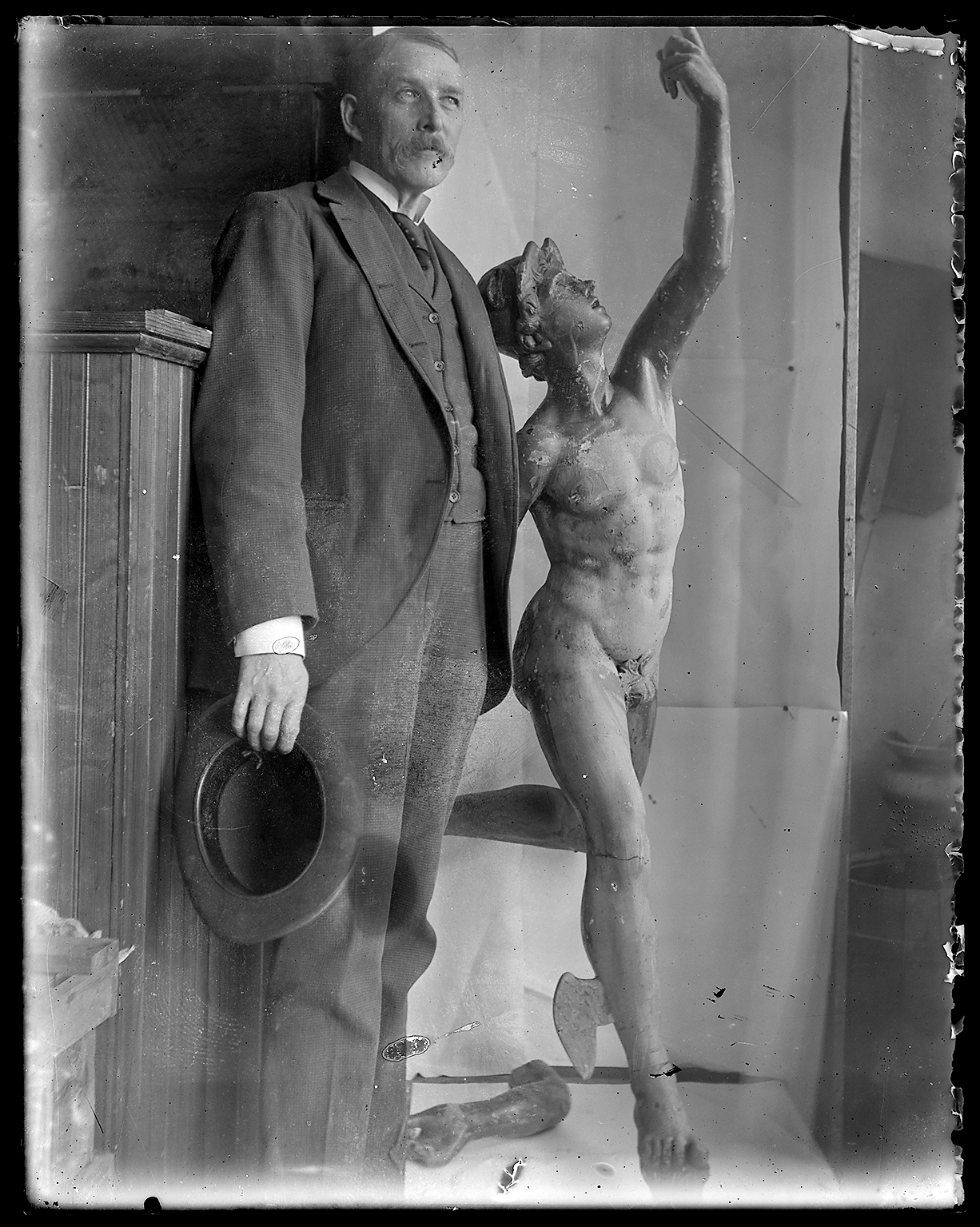 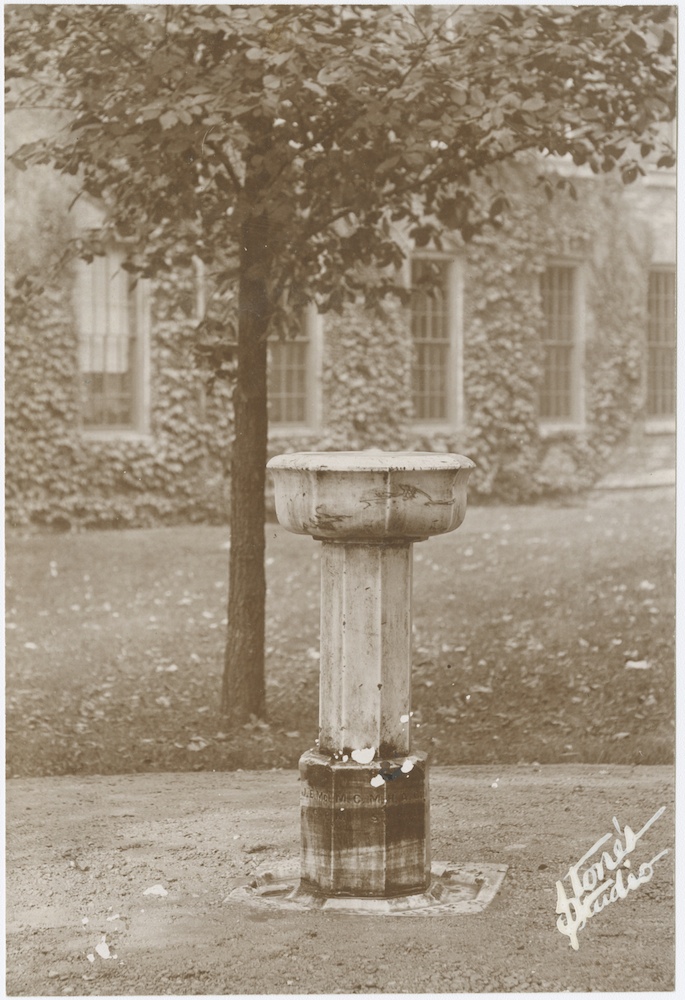 Photograph of Mercury pedestal, circa 1900. 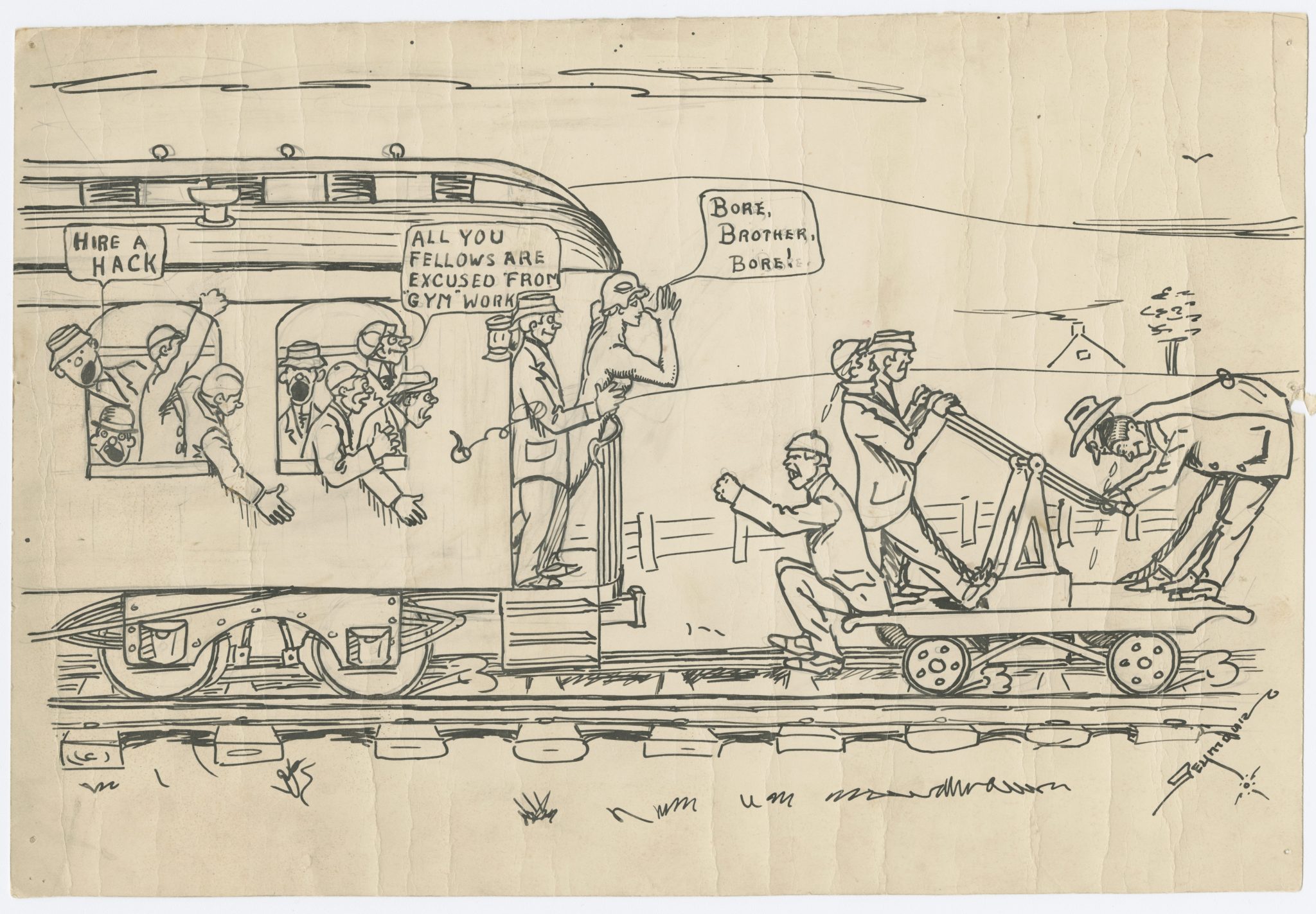 Cartoon of Mercury rivalry, circa 1900. 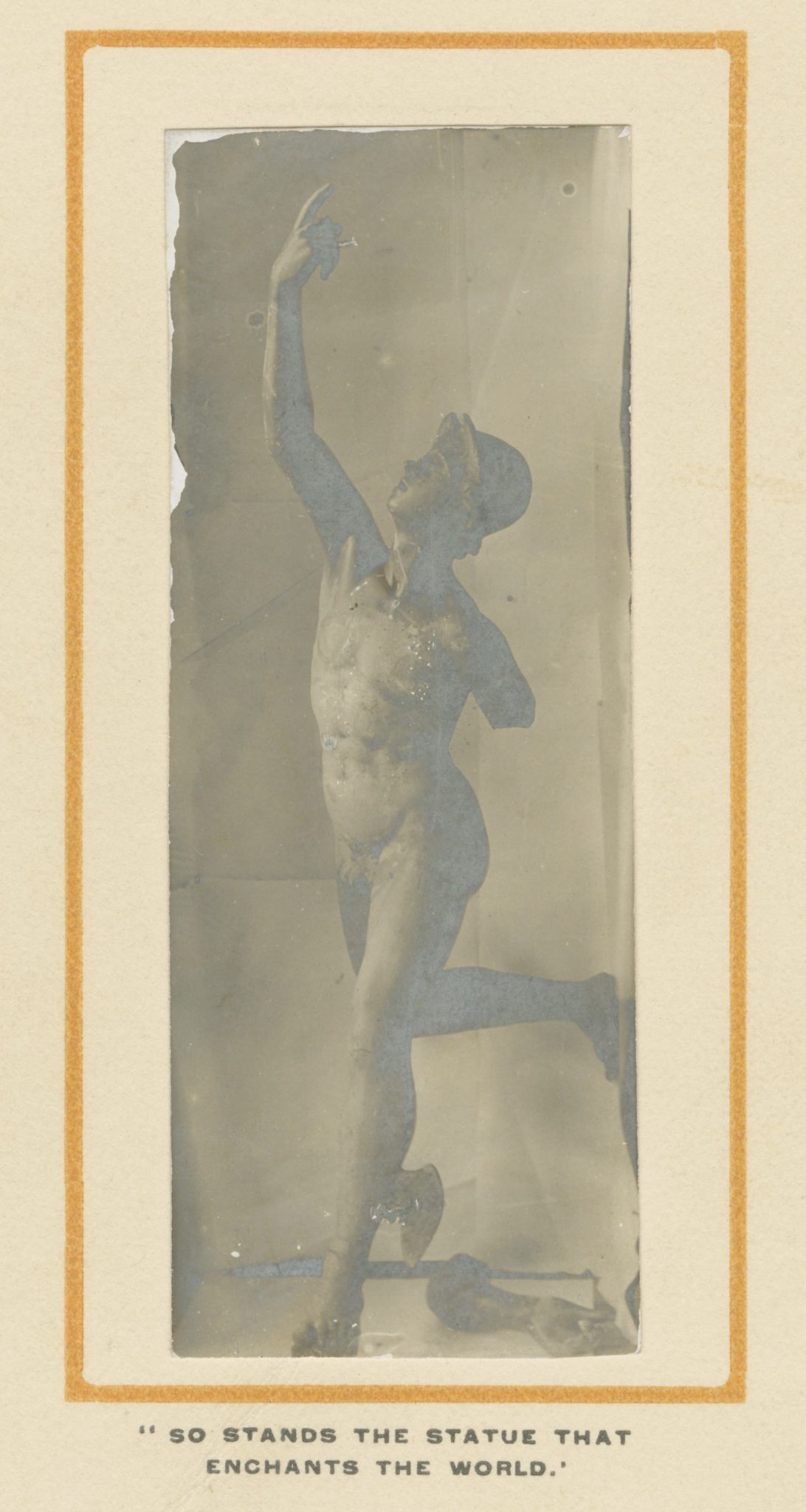 Mercury Picture, from Class of 1905

In 1899, Henry Taylor, class of 1901 and son of Colgate Professor James M. Taylor, revealed to his fellow classmates that the statue was hidden in his family's basement. After learning of the tradition and adventures of the Sabrina statue at Amherst, he and his friend Nelson Greene, son of Latin Professor John Greene, thought it would be a wonderful idea to have a similar tradition with the Mercury.

The students created a tradition in which each class attempted to steal the Mercury statue from the other. There were three rules established for the game in order to give each class a fair chance. "First, that it shall appear at every class banquet of the class which holds it; second, wherever strategy can possibly take the place of force, no class shall attempt forcibly to gain possession of the statue; and third, that it shall not be hidden outside the limits of the Chenango Valley between Earlville and Bouckville."1
A rivalry developed between the underclassmen over the possession of the Mercury statue. "Many were the subterfuges and tricks that were employed by each Mercury committee to keep or acquire Mercury. The members of the committees held their positions highly and woe to those in charge if the other class gained the prize."2 The tradition became increasingly costly, time consuming, and even dangerous over time. There are accounts of students spending a freezing night huddled in a barn to keep Mercury secure, bribing taxi drivers to transport the statue, and sneaking onto trains to gain possession of the god.